Meet the faces behind the knives, phone, and emails! 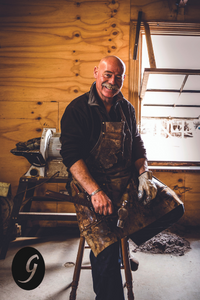 “Back in 1995, when I had no idea that there was any such thing as a ‘handmade knife’, I attended a knife show in Adelaide and was walking around absolutely amazed that the people there had actually made the knives that were on display. I’d always thought of knives as being something that were just a store bought item. Anyway, after about the 20th time of going around the different tables and really admiring what these makers had crafted, I thought ‘I’d really like to have a go at that’. At the time I was working a road construction job and after being there for 18 years I knew I’d really had enough of the 7 – 5 routine of it all. I wondered if it was possible to actually become a full time knife maker… a seed had been sown! So I approached one of the guys I met at the knife show, who was more than willing to show me how he made knives.

I hounded and pestered this poor guy for a couple of years, asking all sorts of questions like, “What steel do you use? Why that steel? Why do you do that? What’s that for? How do you harden the steel? What do you use for handles?” and just discovering through reading and research as much as I could about the art of knife making until eventually I got to the point where I felt confident enough to actually go out on my own to produce a knife that people would be able to use, appreciate and enjoy.

Since that first seed was sown all those years ago at the Adelaide Knife Show, I’ve always known in my heart that I would achieve my dream of becoming a full-time knife maker. The guy who taught me the craft said, “It will be a very hard road to follow but give it a go and make every knife to the best of your ability, a knife that people will be proud to own and to use.”

It definitely hasn’t been without its trials and errors and in the beginning I worked  other jobs to bring in money to pay the bills, but slowly and surely my dream of making knives full time came to fruition. Even though at times the journey has been tough and somewhat scary, I really enjoy meeting and forging (no pun intended) new friendships through the people I meet while making knives. I’m still fascinated and enthusiastic as to what can be achieved when two people, customer and maker, get together and design something functional and well-made that will last for generations to come.

“I believe that a knife, whatever it is used for, should become an extension of your hand… and a real joy to use.”

The knives featured here on the website are just a sample of what I’ve been creating – please feel free to contact us if you have a specific requirement or even just a vague idea of a knife you want. I really encourage you to create your own knife design and together we can make that a reality.” 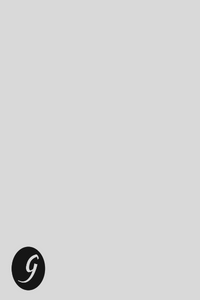 “You never know where life will take you and I certainly never saw myself owning and running a knifemaking business!

In my professional life I have worked as an Ambo, a counsellor, as well as a massage therapist (which is where I met my fabulous husband Baz!). My first business in the Barossa was a 100-seat café in Tanunda, and I have also taught classes in meditation. All of these experiences are quite different to where I find myself now, but the skills in small business management are utilised regularly!

Personally, I enjoy gardening, hanging out with family and friends, and spending time with our gorgeous dog Jack, a Tenterfield Terrier with loads of energy and a great personality.

Whilst it took some time to adapt to an office environment, I love the personal  interaction with our customers via email and phone. Personally engaging with customers and ensuring great outcomes for them as well as us is incredibly important to me. I want customers to know that they matter and that we really want to do business with them.” 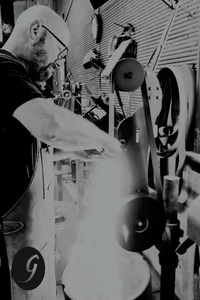 Adam joined the Gardner Knives team in early 2021, after a career working for the council in manual labour.

Adam’s passion for knifemaking, his creative and thoughtful mindset and his willingness to learn have helped him to take a part-time hobby into a full-time career. He now assists Barry in running workshops for students, as well as creating retail knife stock and Damascus for high-end orders.

His recent achievements include being awarded 2nd place for Best Kitchen Knife in the 2021 South Australian Knife Show.

In Adam’s words: “Making knives is an escape for me. You can really get lost in the process and all your thoughts and feelings can be concentrated in to something that ends up being both beautiful and functional.”

Adam has a personal business in supplying bladesmithing supplies. You can learn more at https://www.abttailormadeblades.com.au/s/shop

After a lengthy career in hospitality, Nyssa joined the Gardner Knives team in mid-2021. “I needed a break from the hospitality industry and was motivated to develop my skills in business admin to support the family business”. With an undergraduate degree in Behavioural Science and prior experience in hospitality leadership and management, Nyssa uses her extensive people management skills to navigate the path that connects the knifemakers to the general public. This involves marketing Gardner Knives’ products, promoting community engagement, liasing with members of the tourism industry and… a fair bit of paperwork!

In Nyssa’s words, “It’s all in a day’s work and I really stand behind what this business represents”.

More on our philosophy to come!